The Linville Cup is a weekend of team golf and leadership seminars designed to reward the top players of the 2019 PKBGT in each region. The retreat builds on our motto of “more than a golf tournament” by bringing together members who have excelled in the past year to Pinehurst, the home of American golf and Pine Needles/Mid Pines GC, the home of our tour namesake.

Mentorship is a major component of the Linville Cup with multiple opportunities for players to interact with the coaches and staff. We hope that players will take away many life lessons, a stronger sense of confidence and friendships to build their golfing careers on.

Our coaches are ex-collegiate golfers as well as women business leaders who share their experiences with the girls. The event provides a unique experience for players to stray away from the individual mentality of tournament golf to compete and develop in a team environment. 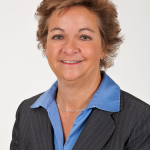 A graduate of Wake Forest University, Charlene recently retired after 36 years commercial banking (Wachovia and First Tennessee). Charlene also volunteers for the Carolina’s Golf Association as a rules official and is the Finance Chair of the Appalachian State University Foundation Board. 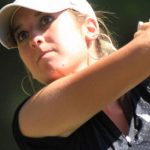 A 3-time PKBGT Champion, Emrey attended Wake Forest University and played college golf for the Demon Deacons from 2011-2015. Allison currently competes on the LPGA and LPGA Symetra Tours, her best performance being a T5th place finish at the 2019 Symetra Tour’s SKYiGOLF Championship. Emrey also serves as an Ambassador for the PKBGT and hails from Charlotte, NC.

Therese worked for US, Japanese, British and Swiss multinational plant science corporations and non profits in the US and Europe.  Now retired, her work experience, most recently in Research Triangle Park, included business development, project management, strategic planning and public policy analysis.  She is a graduate of the University of Toronto. She has been a Board and steering member of a number of other non profits in the US and Europe, including one supporting leadership development among women scientists . Her passion for golf is sustained from her early days playing as a junior competitor, later to qualifying for the USGA Mid Amateur,  to her more current role serving on golf club Boards.  She has the same enthusiasm for the game, with the same swing eccentricities,  she had as a 12 year old. 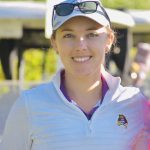 A 3-time PKBGT Champion, Kirk attended East Carolina University and played collegiately for the Pirates from 2011-2015. During her time at ECU, Kirk was selected by the LPGA Foundation as the recipient of the 2015 Dinah Shore Trophy. In addition, Kirk holds the PKBGT Invitational scoring record from her win in 2011 with a 2 day total of 5-under (66-71). She is currently working in analytics as a Decision Sciences Team Lead for Truist Financial Corporation, which is the merged bank of BB&T and SunTrust, and continuing to play amateur golf. 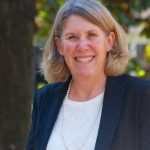 Sue Played collegiate golf at Dartmouth College from 1981-85 and majored in Psychology. While there she earned a Honorable Mention All-American in 1985 (first-ever female Ivy League golfer named to an All American team). Post college, she played on the LPGA Futures Tour (now Symetra) from 1985-1988, finishing 18th on the money list in 1987. From 1992-2006 she served as the Head Women’s Golf Coach at Tulane University (New Orleans, LA) and then served on Tulane University Athletic Department executive team from 2006-2016 after the women’s golf program was disbanded following the devastation of Hurricane Katrina in the Gulf Coast. Most recently she has served as the Director of Athletics at Guilford College in Greensboro, NC and has been a PGA Class A Member since 1992. 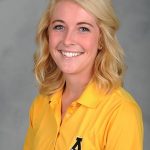 A PKBGT Champion, Stinson graduated in 2017 from Appalachian State University with a degree in Communications & Public Relations. During her time at App. State, Emily played on the women’s golf team and was a resident assistant for the 3 years. Originally from Charlotte, NC, Emily returned home after college and worked in sales & marketing with two firms. 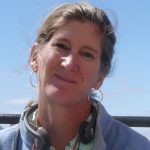 Kristen is in her 10th year of coaching the Boy’s Varsity Golf team at Christ Church Episcopal school in Greenville, SC. Last year the team won their 7th straight State title. In addition to coaching, she is a board member of the First Tee of the Upstate and the WSCGA Junior Golf Foundation. Kristen lives in Greenville, enjoys traveling and playing golf with her husband and friends.

A PKBGT Champion, Markiewicz graduated in 2017 from Wofford College with a degree in Business Economics. During her time at Wofford, Allyson played golf for the Terriers and was very involved with junior programs at Spartanburg CC. Originally from Charlotte, NC, Mackiewicz now works for Wells Fargo as a Digital Marketing Analyst. 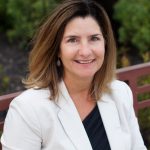 Liz is an avid player, participant, and board member of the LPGA Amateurs Cincinnati Chapter. In 2019, following 25 years in corporate marketing and leadership, she started an encore side career in golf tournament operations. Recently, Liz worked at two PGA TOUR events and assisted with the inaugural Kentucky series of the PKBGT. As a personal mission to help others, she has provided resume development and career coaching for high school, college, and business professionals for ten years. In 2015, Liz retired from a 30-year career as a Tae Kwon Do instructor and competitor to focus on golf. 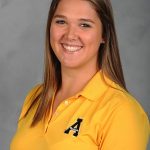 Originally from Winston-Salem, NC, she graduated from Appalachian State University in 2017, majoring in Public Heath with a minor in sociology. Craver played collegiate golf from 2013-2017, where she was a 4 year starter and served as captain for 2 years. Hannah was honored to be part of the 2017 USGA Womens State Team in New Mexico and was 1 of 3 amateur golfers that represented North Carolina. She is currently working for Syneos Health as a Site Contracts Specialist. 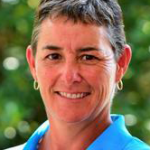 Originally from Cape Town, South Africa, Charlaine attended Longwood University where she was a 4-Time All-American golfer and a 3-Time Division II National Champion. She competed on the LPGA Futures Tour (now Symetra Tour) for 9 years and also competed in the 1998 US Women’s Open and the  LPGA’s 2010 Wegman’s Championship. From 2004-2008, she taught alongside Peggy Kirk Bell in her women’s Golfaris at Pine Needles Lodge and Golf Club. She currently resides in the Pinehurst area and works as a teaching professional and as an LPGA-USGA Girls Golf Site Director. 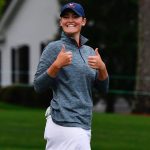 Anna started playing golf at age 10.  She was a multi-sport athlete until solely focusing on her golf career in high school. Anna attended the University of Virginia on an athletic scholarship, where she was an avid member of the Student Athlete Advisory Committee and the Kappa Delta sorority. Anna was a member of the 2016 ACC Championship team and collected an individual collegiate win in the Fall of 2018.  She was the first woman to ever hit a competitive shot at Augusta National in the inaugural Augusta National Women’s Amateur in 2019.  Anna has full status on the LPGA Symetra Tour for the 2020 season.

Each team consists of 8 players who excelled on the PKBGT in 2019; and therefore, have been chosen to represent their region in the second annual Linville Cup.  Click Here to see the official Team Rosters for the 2020 Linville Cup.

The Linville Cup is named for PKBGT Tour Founder Robert Linville. Robert is the owner/founder of Robert Linville’s Precision Golf School and co-founder of the PKBGT’s parent foundation, the Triad Youth Golf Foundation, now known as Girls Golf of America.  A PGA member for over 30 years, Robert has a passion for developing players and has taught some of the top players to come out of North Carolina in the last 20 years, including current LPGA player and PKBGT Alumnus Katherine Perry. Robert’s passion and energy for developing equity for girls in golf is why the PKBGT has grown to where it is today.

The Peggy Kirk Bell Girls’ Golf Tour is an initiative of the Girls Golf of America, a 501(c)3 non-profit foundation aimed at increasing learning and playing opportunities for youth golfers. Based out of Greensboro, North Carolina, the PKBGT offers affordable, high-quality nationally ranked girls’ golf tournaments designed to prepare junior girls’ golfers for high school and collegiate golf. The PKBGT is the nation’s largest “girls’ only” junior tour with over 700 members in 2018 and 800+ girls having played, playing in or committed to playing collegiate golf. Learn more about the tour at pkbgt.org or by contacting Tour Director Mike Parker at mparker@pkbgt.org or 336-347-8537.