Celebrating 10 Years of the PKBGT Invitational

Celebrating 10 Years of the PKBGT Invitational

As the 2018 PKBGT season winds down, the 2019 season is ramps up, introducing several new events to the Southeast region and new regional series. But the most notable event of the 2019 season is the prestigious PKBGT Invitational, one of the top 50 junior girls events in the country. 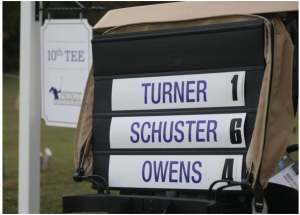 With the anniversary of the Invitational, which has  previously been hosted by Grandover Resort and Stoney Creek Golf Club, the 2018 PKBGT Invitational moves west to be played at Bermuda Run Country Club in the greater Winston-Salem area. A ClubCorp owned country club, Bermuda Run’s 36 holes features well manicured fairways and greens and serves as one of the Triad’s top clubs.

In addition, the prestigious East Course has hosted both the 2018 US Women’s Open Qualifier and the Monday Qualifier for the PGA Tour’s Wyndham Championship.

This year’s 54-hole event will be utilizes all 36 holes of Bermuda Run Country Club: the west and east courses. Following the Inspire. Dream. Achieve. banquet on Friday night of the Invitational, Round 1 of the championship will be played on Bermuda Run’s West Course followed by Rounds 2 and 3 at the east course.

The PKBGT is excited to host our top-ranked event of the year at such a quality facility like Bermuda Run which provides exceptional greens conditions and an engaged membership. We look forward to celebrating the history of the event and the gathering of the east coast’s top female junior golfers!

To learn more about the PKBGT Invitational and how to qualify, visit the tournament page.