The weekend began on Saturday with leadership and team-building activities. The morning was spent meeting the team captains, creating team flags, and competing inside in fun minute-to-win-it mini-games such as card stacking, cup flip, a ribbon fashion show, and a sticky note challenge. Players and coaches were able to continue building friendships and get ready for the tournament!

The modified-alternate shot format provided plenty of opportunity for great scoring for the six teams in the Sunday morning matches. In the end, National and Southeast were the winners of the morning, earning 6 & 5 points respectively . Close behind were teams NC East, NC West, South Carolina and Middle Atlantic, each looking to make a move in the afternoon matches. 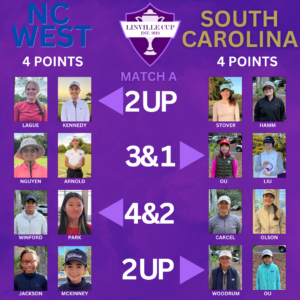 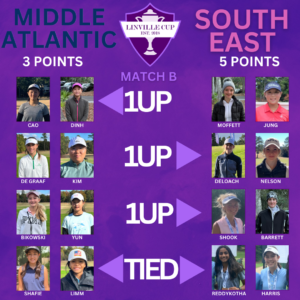 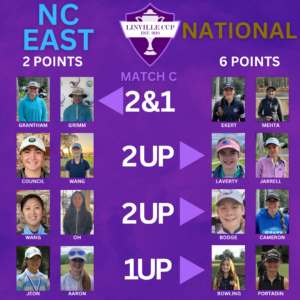 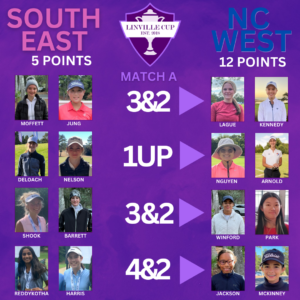 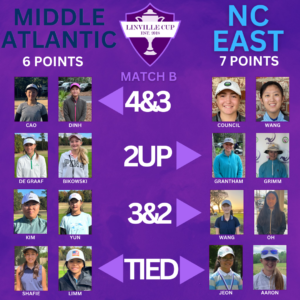 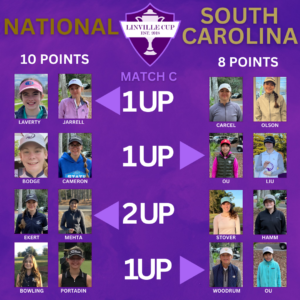 After the conclusion of play, the forty-eight players and coaches convened for an evening of fellowship and learning with special guests Robert Linville, the co-founder of the Peggy Kirk Bell Girls Golf Tour, and the coaches of the six Linville Cup teams. The young alumni and mentor coaches answered questions on how golf impacted their careers and life.

Championship Match (National vs. NC West) –  Back to back champions! Team NC West held onto the Linville Cup after beating Team National 5-3. Three matches were decided early, creating a stage for the Discovery match to decide the champions. In a back-and-forth match with a large gallery of teammates and families watching, the foursome ended the match all square through 18 holes which gave Team NC West the cup-winning point! 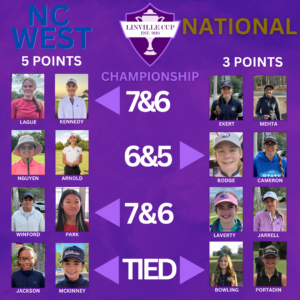 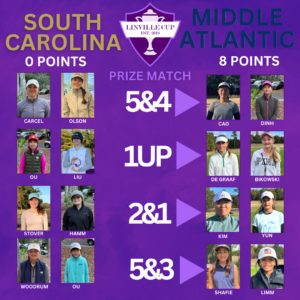 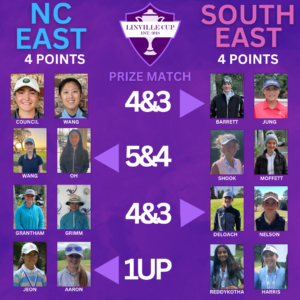 One-day tournaments are designed for golfers of all skill levels but are a great place for development golfers to “get into the swing of things” playing tournament golf. The goal of Regional Series events is to provide a fun and friendly tournament on a premium golf course.

Founded in 2007 by the Triad Youth Golf Foundation, a non-profit 501(c)(3) charitable organization, as a local girls’ golf tour in the Triad region of North Carolina, the tour began as a simple concept: create more effective competitive playing opportunities for girls. By utilizing innovative yardage-based divisions instead of the traditional age-based format, the tour focused on developing tournament experience at the player’s pace. The 2022 season will feature over 138 tournaments in 12+ states and with over 1,000 members, the PKBGT is the largest girl’s only tour in the country.  Learn more about the PKBGT at http://www.pkbgt.org/.

About the Author: Jeff Stewart